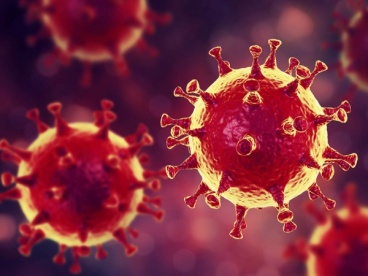 I woke up this morning to find that my brother has agreed to let my dad come and pick him up from Sheffield. I’m relieved: I think we should all be in the same place just in case an emergency happens, and it’s likely they will restrict travel even throughout the country at some point.

I’ve decided to stop refreshing the news page constantly on my phone: it’s just overwhelming me with anxiety. I will listen to the official updates each day and leave it at that.

I’ve spent the morning playing bananagrams with myself:

Even on day 1, we have to break the isolation as we noticed a wetness coming through Josh’s carpet in his bedroom (yes, we sleep in different rooms for various reasons: loud snoring from him, he has to have a super hard mattress as he has arthritis in his back and I like soft mattresses, and I roll around all night- it works for us!). We have had to have workers come in to have a look at it, and it doesn’t look good at all: 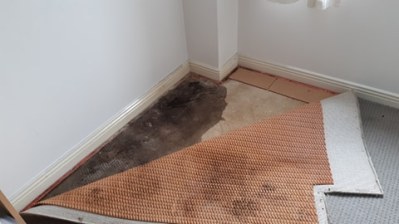 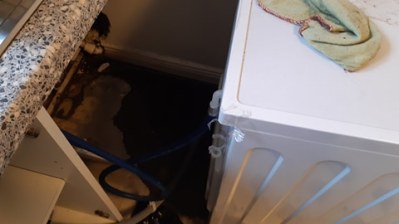 It’s coming through under the wall from the kitchen and it is absolutely sopping all under the lino in the kitchen and in the kitchen cabinet under the sink – and it is all because of condensation, which is mad. It’s now going to mean keeping our washing machine out from the wall (as the pipe with the condensation is behind it) and cutting the lino back to dry the floor as well as keeping the carpet up in Josh’s bedroom to dry – and this is just not ideal at all with what’s going on. It means that next week the plumber guy is gonna have to come back when everything is dry and wrap the pipe to stop the condensation leaking everywhere. It just feels like completely the wrong time to have people coming in and out of the house at different times, especially with all the houses the guy must be visiting.